This guide provides an overview of the the Carl Joseph Collection and Reading Commons on the fifth floor of the Carlson Library.

The Carl Joseph Memorial Library Collection focuses on subject areas of interest to Carl, including social justice and social reform, equality and diversity, labor history and the labor movement, political theory and political activism, war and peace, and American history and American presidents. Curated selections by University of Toledo librarians are continuously added to the collection each year, courtesy of the bequest from Albert Joseph, Carl's brother. In addition, the collection includes a number of titles purchased in the 1940's after Carl's death with funds donated by his family, as well as a number of titles from Albert Joseph's personal library. Most of the titles are shelved in a specially designated area on the fifth floor of the Carlson Library.  (A small number are housed in Mulford Library on UToledo's Health Science Campus.) In 2021, the collection shelving area Carlson was expended to both sides of the fifth floor to accommodate the growing collection, which George Joseph, Albert's son, has continued to generously support beyond his late father's original bequest. 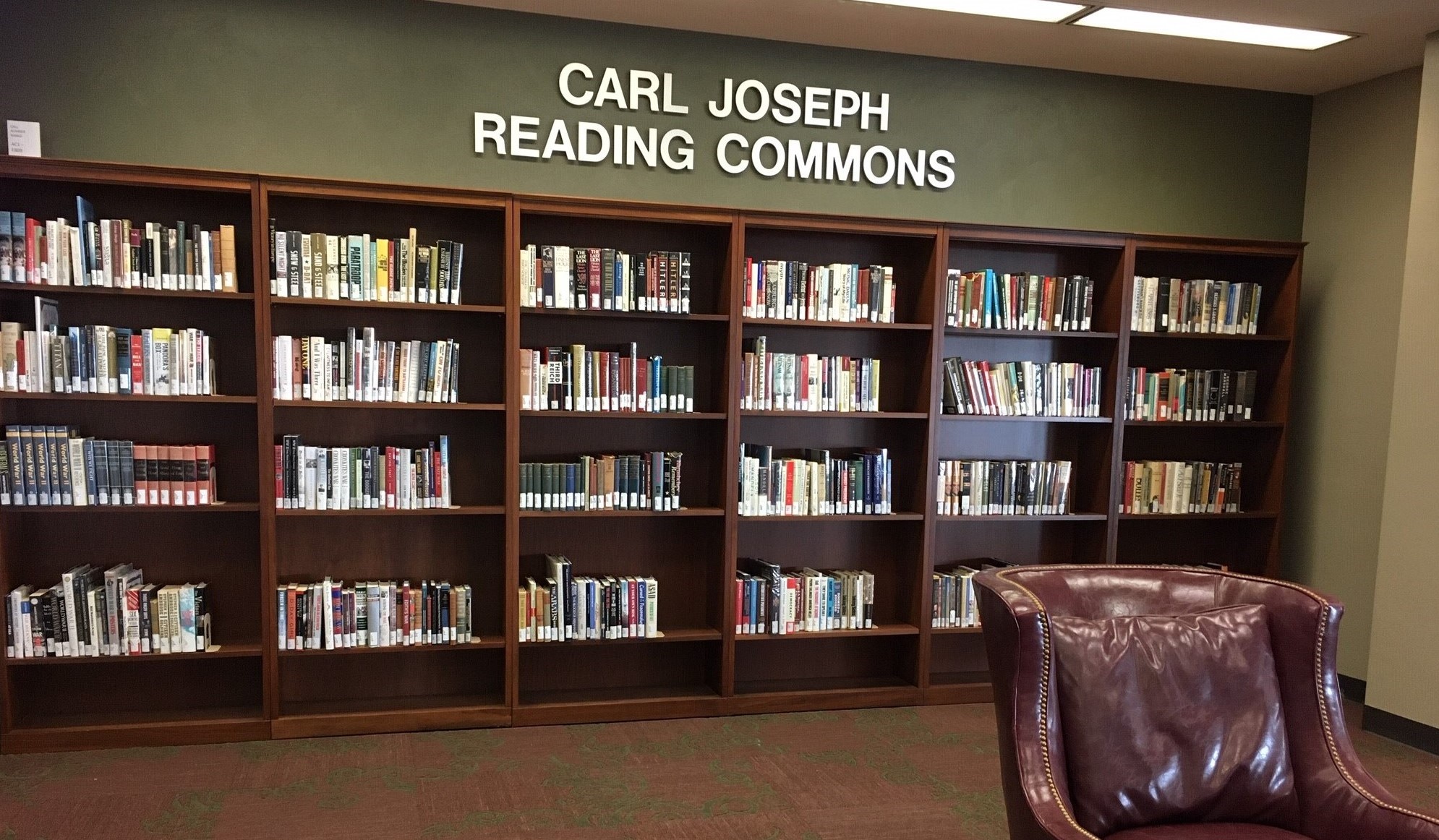 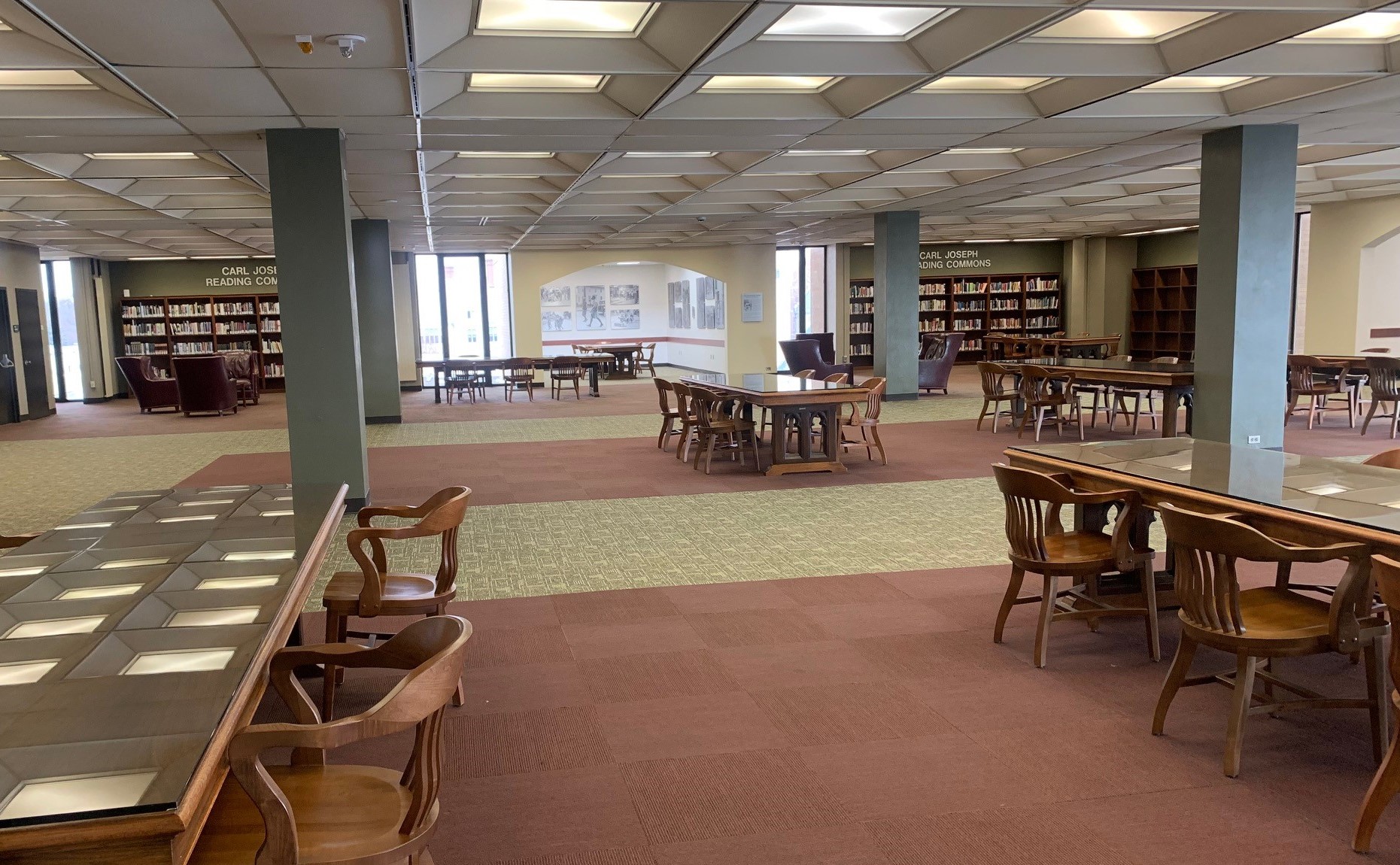 All records in the Library's online catalog for Carl Joseph books include a link to a customized digital bookplate commemorating Carl's life and acknowledging his family’s bequest to establish the collection and reading area. 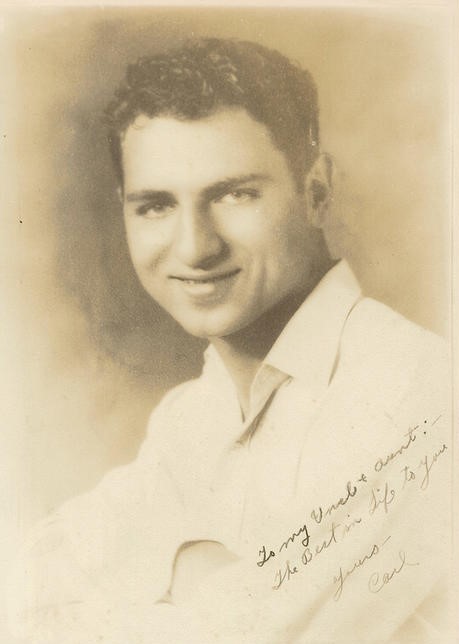 Per the Joseph family's bequest guidelines, books purchased for this collection should be in subject areas of interest to Carl. These areas include social justice and social reform, equality and diversity, labor history and the labor movement, political theory and political activism, war and peace, and American history and American presidents.

The Carl Joseph Memorial Library Collection and Reading Commons was made possible by a generous bequest from Carl's brother, businessman and philanthropist Albert Joseph (1920-2008). 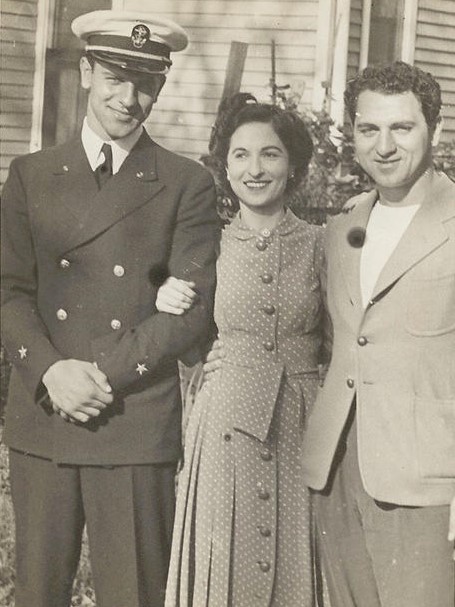 Like Carl, Albert (“Al”) was born in Iowa and grew up in Toledo, Ohio. He graduated from the University of Toledo and was a year into law school when World War II intervened. During the war, he served for 3½ years as a U.S. Navy lieutenant in the Pacific. After returning home, he built a successful career in automotive advertising. In 1964, he moved to Chicago to take an executive position with Hunter Publishing Company.

Along with entertainer Danny Thomas, a boyhood friend, Al Joseph was one of the prime forces behind the creation of St. Jude's Children's Research Hospital in Memphis. He later chaired the board of both the hospital and its fundraising arm and continued to serve the hospital in various capacities for the rest of his life.

In addition to successful businessman and philanthropist, he was also a compelling public speaker, keen outdoorsman, outstanding church leader, avid student of history, and proud Arab American. In 2000, he received the prestigious Ellis Island Medal of Honor, awarded to accomplished American citizens who have made it their mission to share with the less fortunate while maintaining the traditions of their ethnic heritage and the ideals and spirit of America.

In 2003, he pledged $200,000 to the University of Toledo Carlson Library in his estate plan to memorialize his brother Carl's life and achievements. Following his death and that of his wife, Rosemary, the bequest has been used to establish and maintain a book collection focused on areas of interest to Carl and a unique space where University of Toledo students can read, study, and reflect.

Click on PDF link below to read obituaries for Albert Joseph that were published in the Chicago Tribune and Toledo Blade.

An exhibit on Carl's life, created by the Canaday Center for Special Collections, is on permanent public display near the beginning of the Carl Joseph Book Collection on Carlson Library's fifth floor. 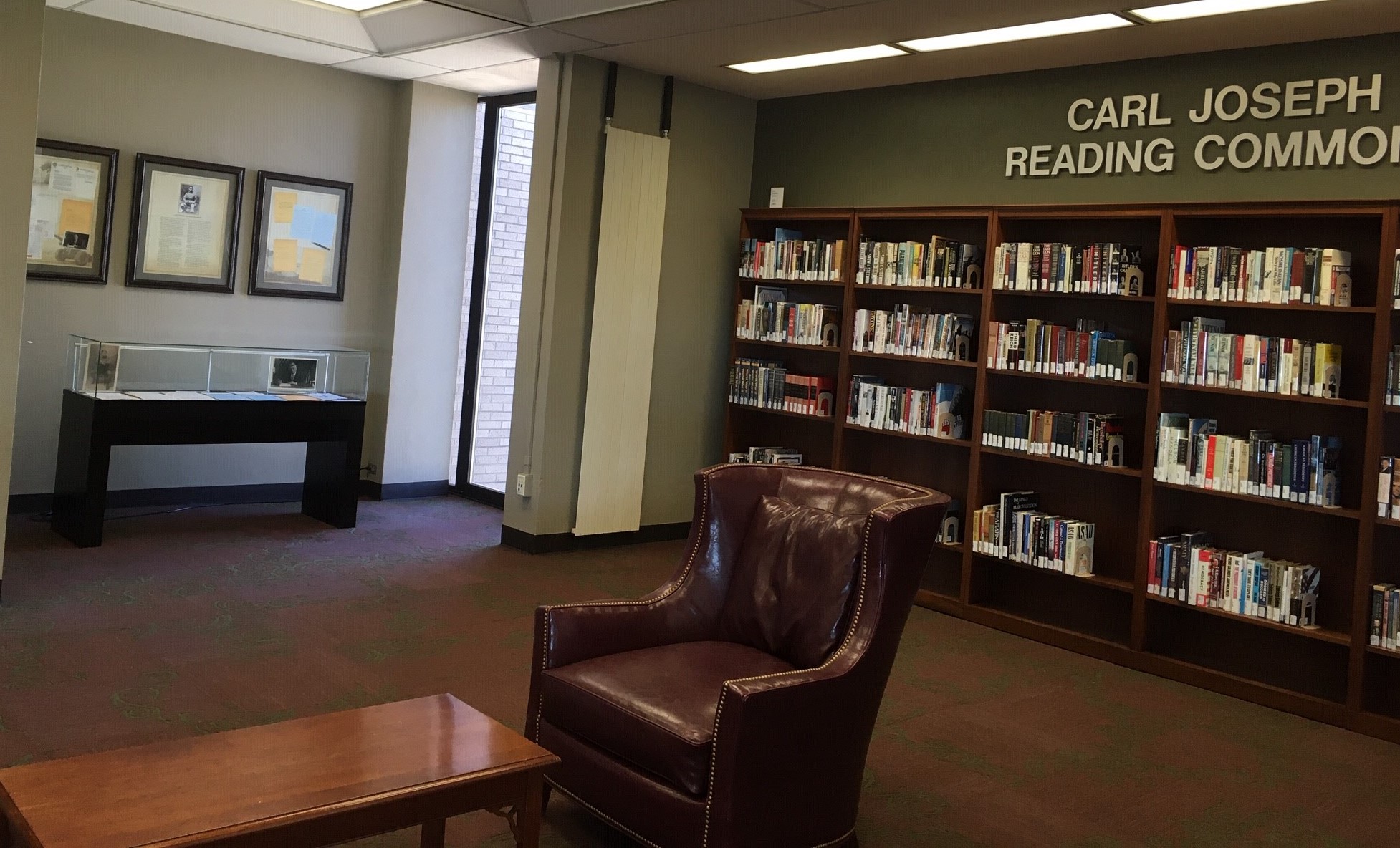 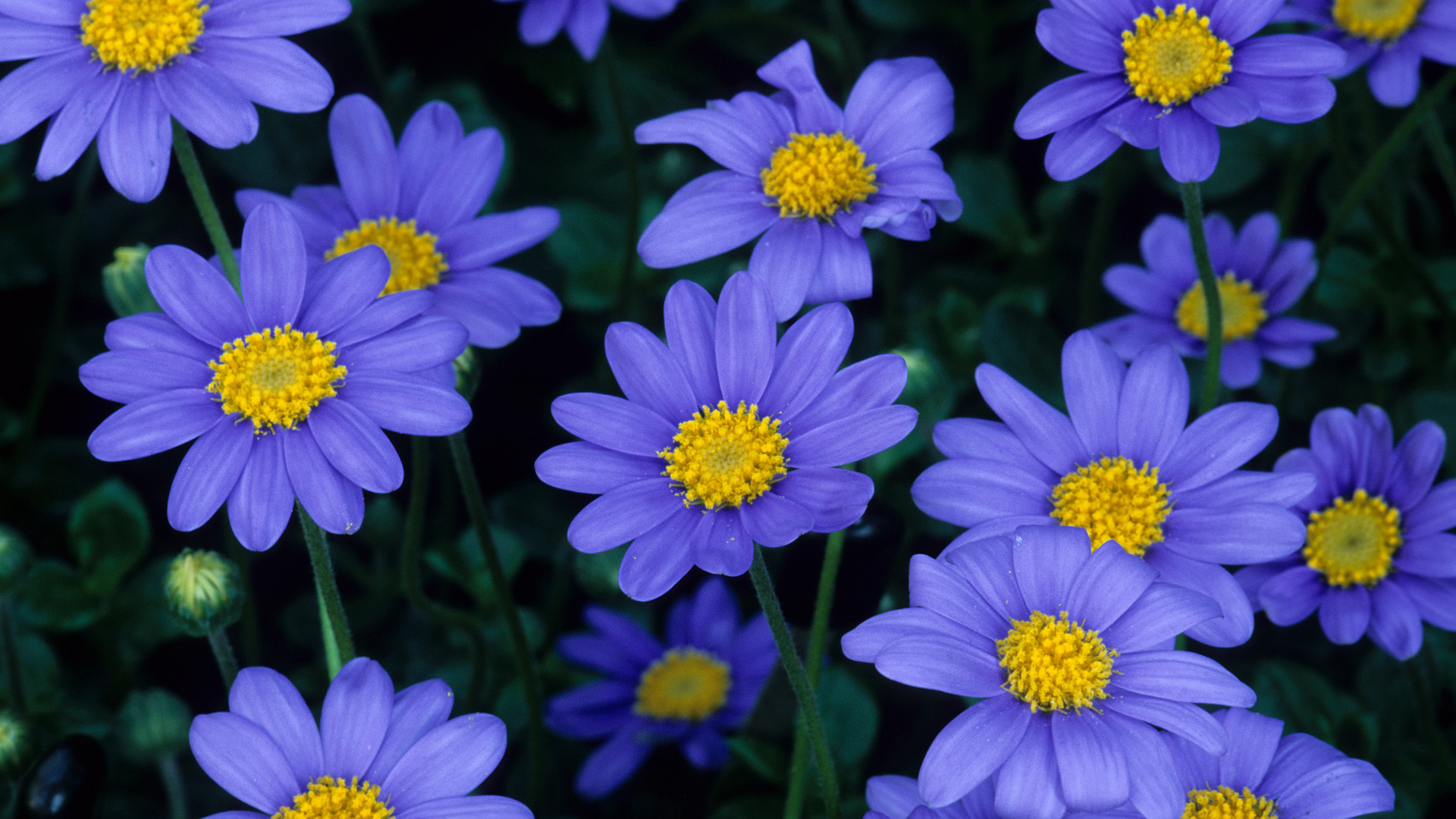